Continuing on from the previous article, I will tell you about the failure of how to take two stars from the superio TH this time. Since failure is a source of success, please refer to the failure pattern.

This article is a continuation of the previous content below. If you haven’t seen it yet, see the following article.
【COC No.7 TH10】How to Attack higher TH for 2 Stars

The placement of the enemy is as follows. 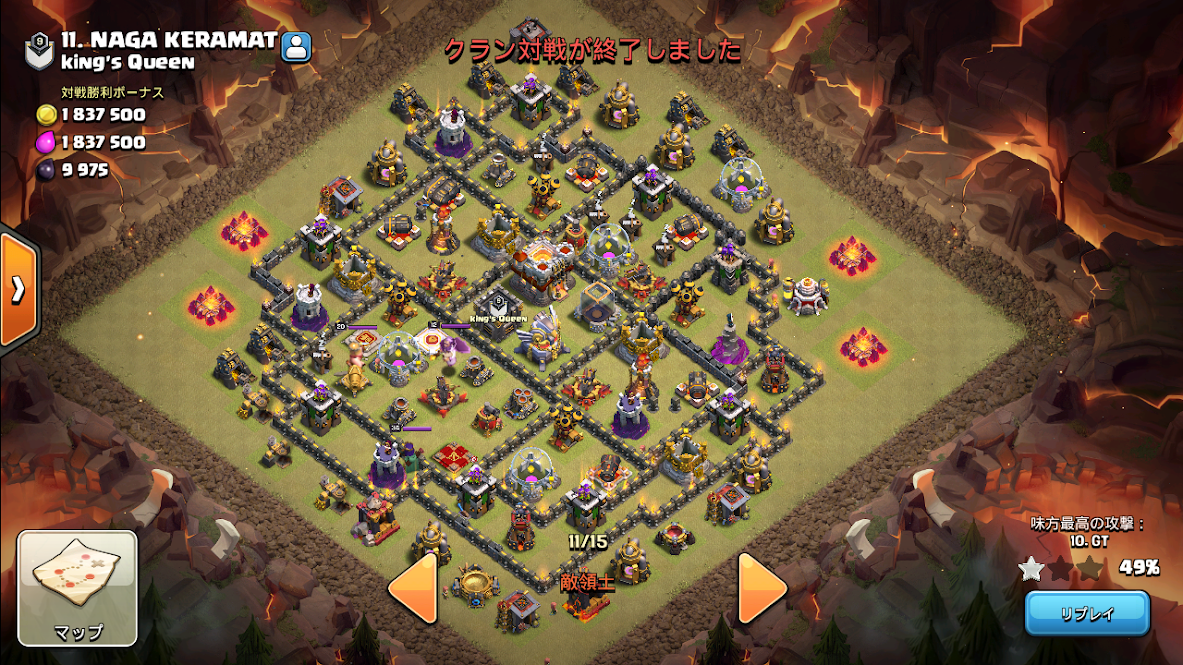 The town hall is up. If I attack from the bottom, there is a high possibility that the units melt in the middle and do not reach the town hall. Therefore, I decided to attack from top to bottom. 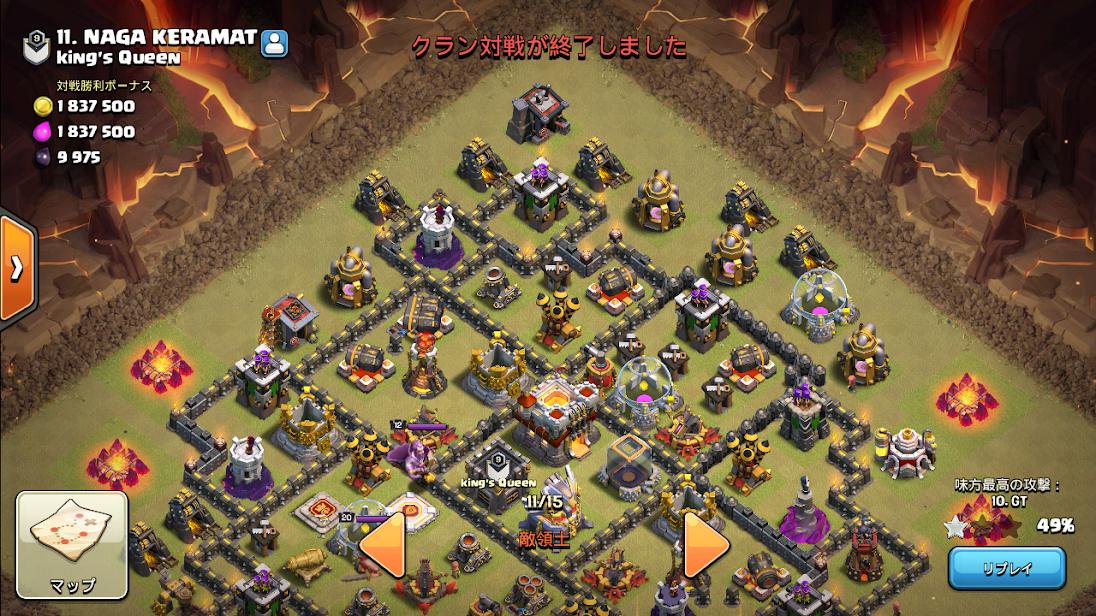 From 0 o’clock to 3 o’clock, I wanted to use the usual way of placing wizards behind  wall wrecker and golems. 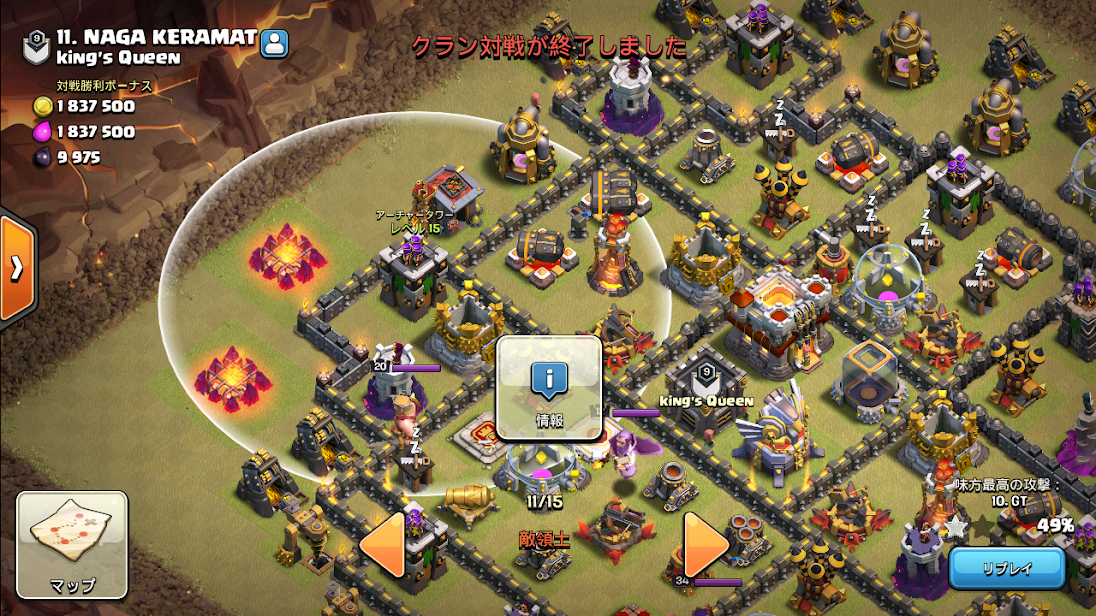 Problem one. Since there are many facilities within the attack range of the Archer Tower, there is almost no place that can be broken by the Archer at 9 o’clock. 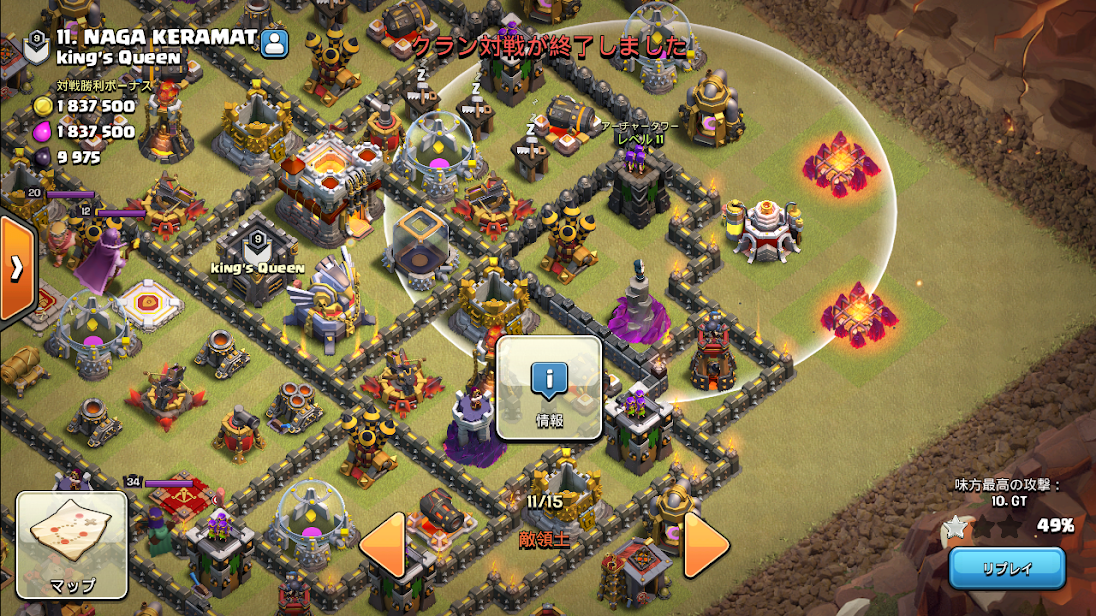 Problem 2. There is almost no place that can be broken by Archer at 3 o’clock. 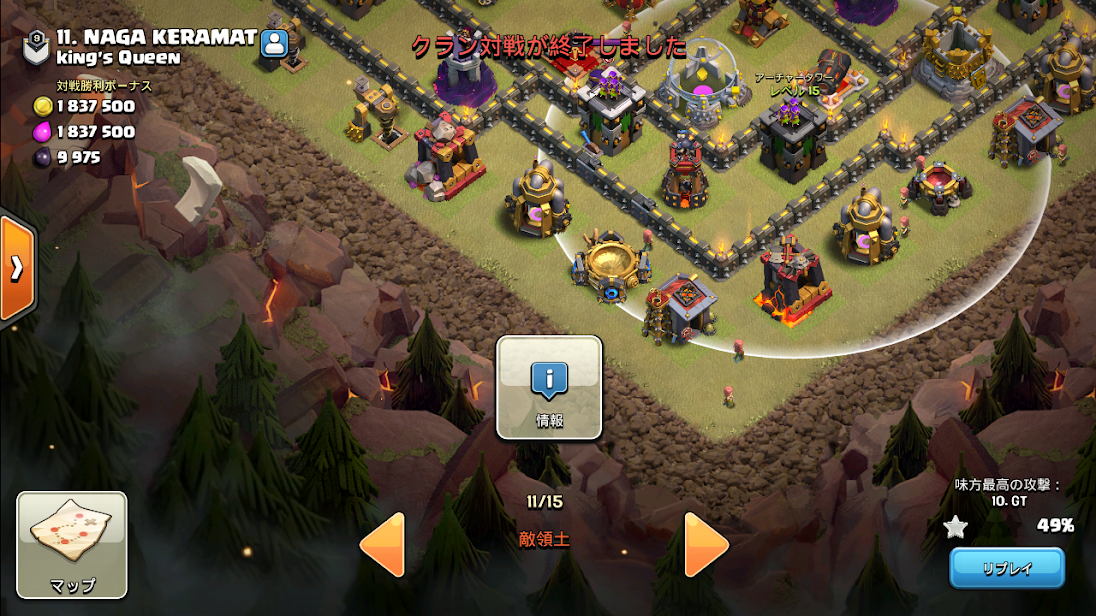 Problem 3. Only one barrack can be destroyed at 6 o’clock. If I do it well, I might be able to destroy the dark barrack.

So I decided to place a total of 3 archers in each direction at 3 o’clock, 6 o’clock and 9 o’clock.

As a result, I decided to attack with the following organization.

Please watch the video of the actual attack.

【COCNo.8 TH10】how to get 2 stars from superio TH – failed version

I thought it would exceed 50%, but I didn’t get 50%. It seems my prediction was insufficient.

The 1 o’clock and 2 o’clock golems headed to the same place. If the golems were more widespread, the rear guard wizard would be widely deployed and earned the destruction rate. Especially the right golem. This should have come out more from the right side.

How about this article? See you.

To be continued to the following article

Hello. This is GT, a GoHo attacker. In this article, I will introdu...

Hello, this is GT. I will introduce an GoHo attack with a PEKKA wit...