This time, my clan’s member, ttnk, did a complete play, so I will introduce it.

The enemy base to attack this time is as follows. 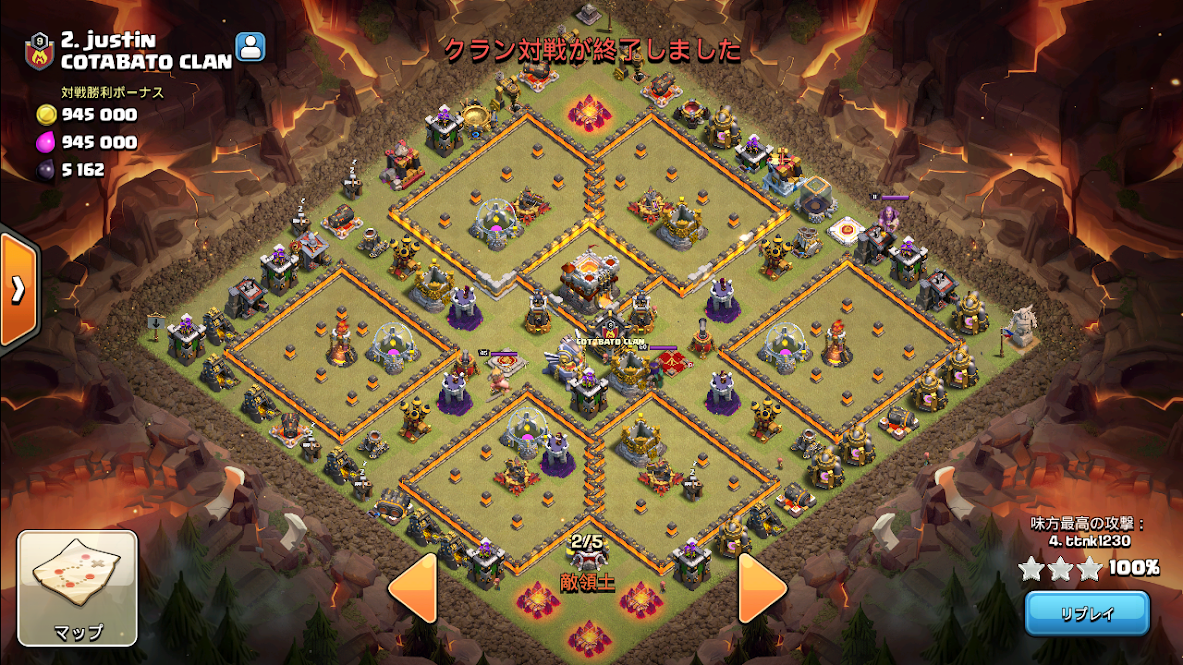 The organization prepared by ttnk is as follows.

* Royal Ghost is a special unit that we can use only during Halloween. It’s like a wizard that can only pass through the wall for the first 12 seconds and not be attacked by the enemy. Containment space 8.

* Because it has just become TH11, unit frames and spell frames are not max. Since Grand Warden is level 1, it can’t use its skill.

* This time it was not the first time to see, so ttnk knew where Teslas were.

TH11 originally has a total capacity of 260 units. This time it was 20 fewer. It would have been easier if 4 hogriders were loaded. Great job ttnk did!

How was this video? See you!

Hello, this is GT. Isn't GoWiPe a two-star tactic? What kind o...

Hello, this is GT. This article is Okinawa travel report part 2. ...