This time I attacked TH10 with GoHo and completely destroyed it, so I will introduce how to attack it.

After this, Archer, Gargoyle, Barbarian, Baby Dragon, etc. will be added and adjusted according to the enemy’s placement to fill the unit frame.

The enemy base to attack this time is as follows. I adjusted the unit organization while thinking about how to attack. 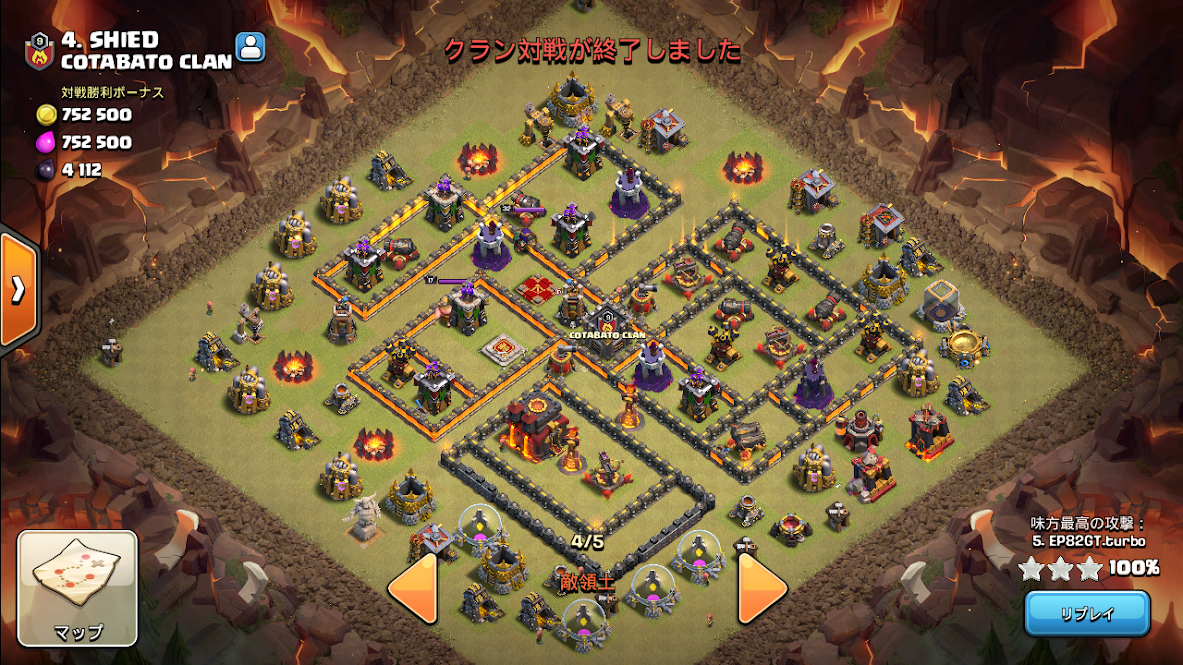 This time, I decided to break the army camp at 1 o’clock with a gargoylecan because it is easy to do one side cut. (remaining 9 frames )

On the other side, I decided that the side cut at 11 o’clock would be done with a wizard while collecting the attacks with a golem. I wanted to use as many hogriders as possible, so I assigned the remaining 9 frames to a hogrider and a wizard.

The breakdown of units decided for this attack is as follows.

As many of the enemy defenses did not reach the max level, I could expect that the hogriders would not wear out too much.

In addition, I was thinking of introducing hogriders from 2 o’clock direction, but since there are densely packed defense facilities, there is no need to take a wider heel range. It was a good layout with GoHo.

Reinforcement Disposition: Archer Queen has successfully entered and attacked enemy reinforcers, so I used only one Poison drop for reinforcement disposition. I left it as a precaution because there is a possibility of using poison for skeleton traps and Barbarian King.

Reflection point: The way of putting out the wizard at 10 o’clock direction was not good. The first plan was to have a little more 9 o’clock on the side to destroy the Archer Tower and cannon while the Golem was collecting enemy attacks. I should have ordered the wizards from 9 o’clock.

How was it? I would be happy if it would be helpful. See you!