I will introduce a good play. It is a GoHo attack on the higher grade TH11 with TH10. It was the first attack. 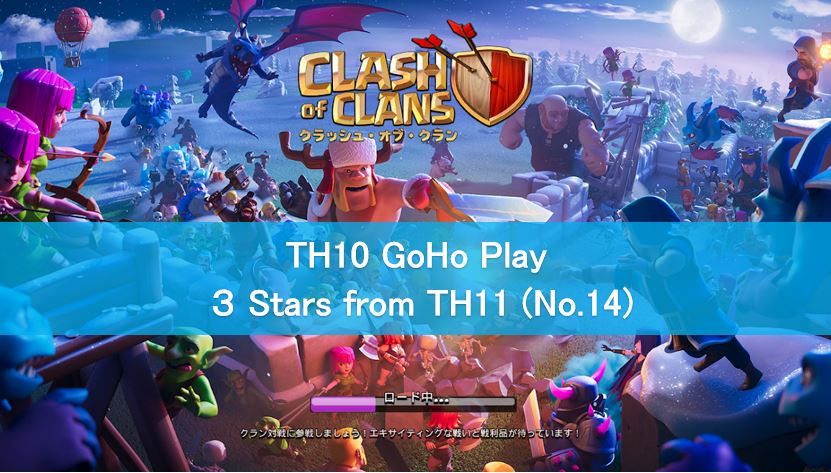 The enemy placement I attacked this time is as follows. 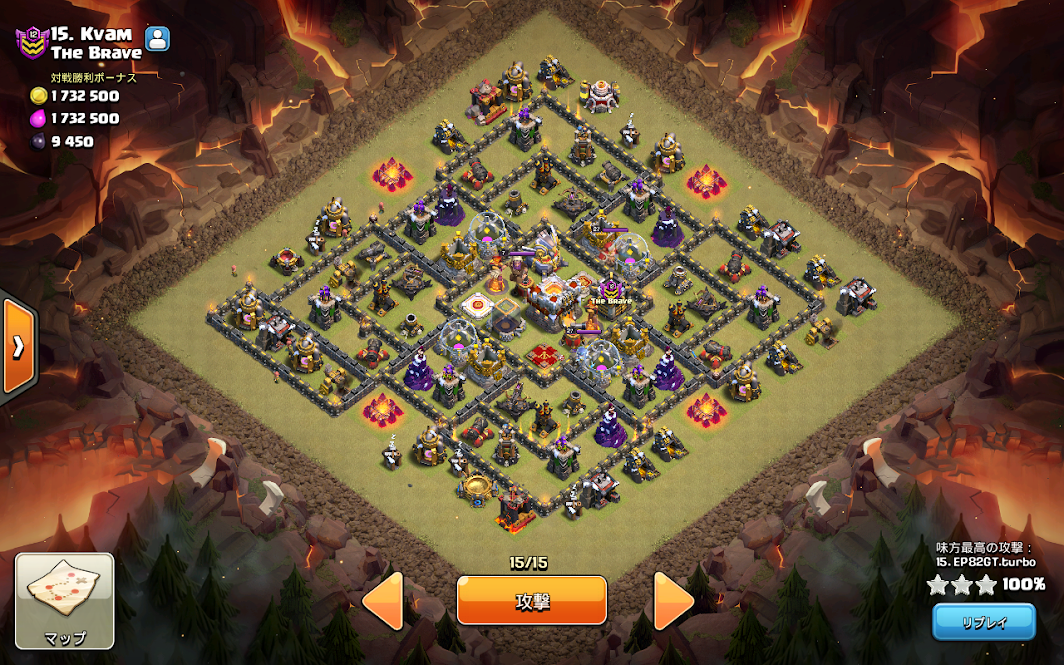 There is an eagle gun, so it is difficult to attack with TH10. Instead, the level of artillery and X-bows were lower.

However, there are artillery and archer towers that can be additionally built with TH11, and the number of enemy defense facilities themselves is large.

In attacking, I focused on the following points. Please check in conjunction with the image below.

Then watch the video to see what kind of play actually happened.

The hogriders were able to successfully march without being attacked by the Eagle. That is a major factor that led to its total destruction.

I didn’t know the location of Teslas or the huge explosions because I attacked for the first time, but I think I could deal with this. The second healing should have shifted a little further to the upper left.

At the end, there were not enough healings because there were more defense facilities than TH10. Anyway, it was good that I could handle the skeleton trap with poison and leave the hogriders and go to the destruction work.

I think it was a good play overall. Because I got 3 stars from superior TH.

How was my play? See you.