In this article, I will introduce how to get 2 stars from the superior Town Hall.

The points to get two stars from the superior are as follows.

The basic organization is as follows. Since the organization changes depending on the placement of defense facilities, I’ll introduce up to 210 frames.

There are many cases where you can get two stars from TH12 with TH10. This time, the enemy layout applies to that case and is as follows: 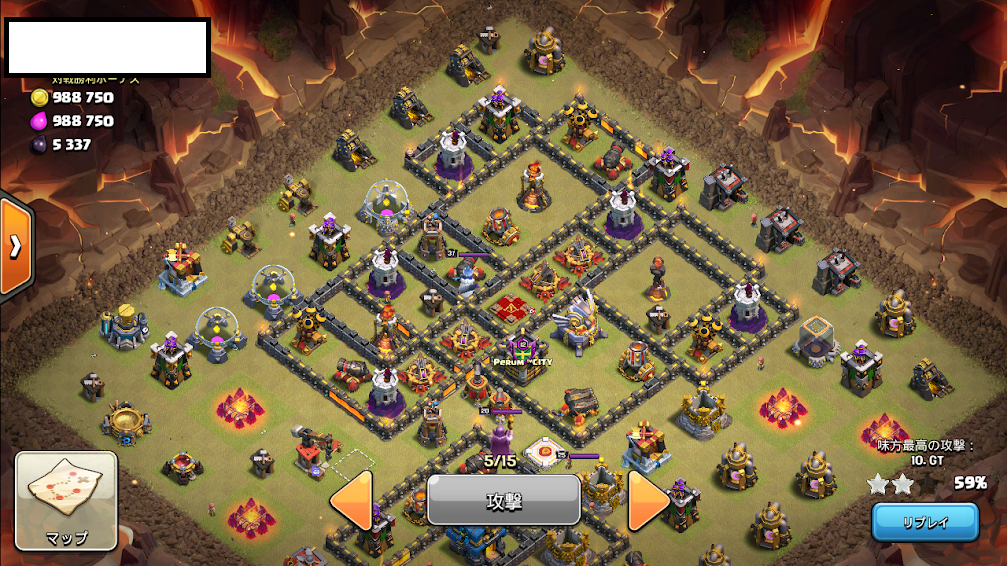 The upper area is densely packed with defense facilities. If you attack here with TH10 units, they will melt soon. 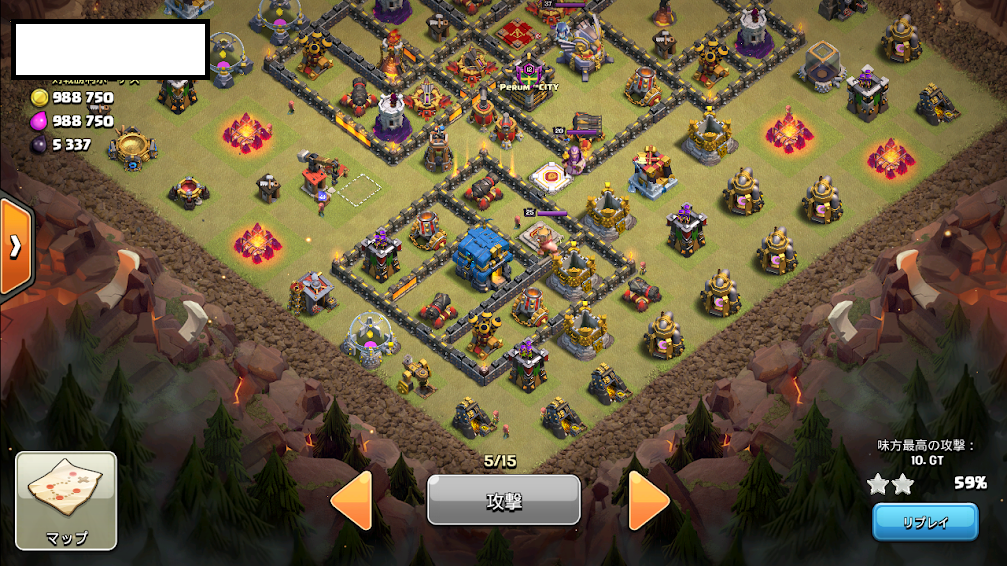 On the other hand, the defense facilities around the town hall are TH10 level. And there are no walls from 3 o’clock to 4 o’clock and 8 o’clock to 9 o’clock.

Attack organization of this time

Looking at the enemy layout, it has become the following organization.

Since there are 17 facilities that are scheduled to attack by wizards from 3 o’clock to 6 o’clock and 9 o’clock, 17 wizards are needed.

I only needed one poison for the enemy reinforcements, so I decided to take one freeze.

Belows are images of the actual attack. 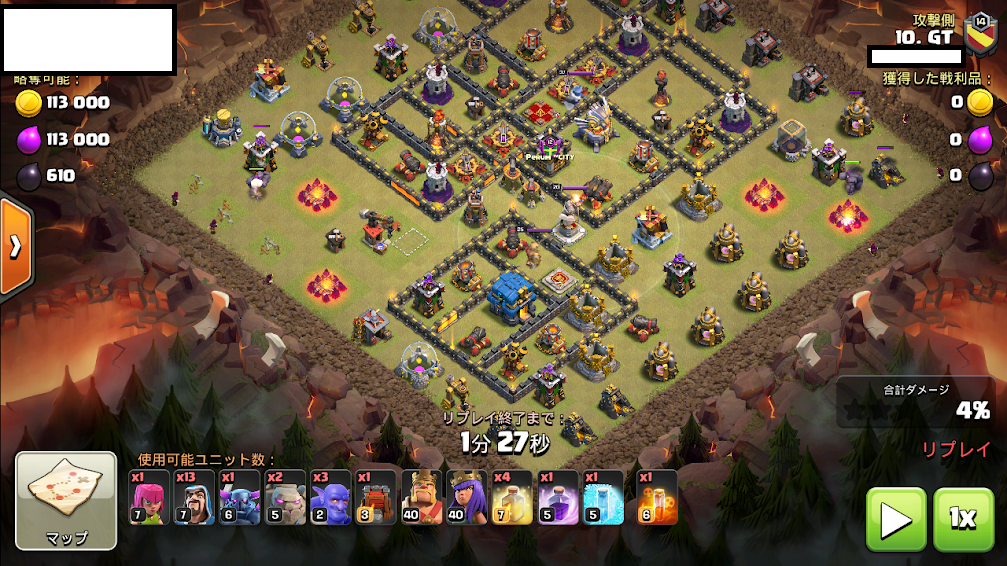 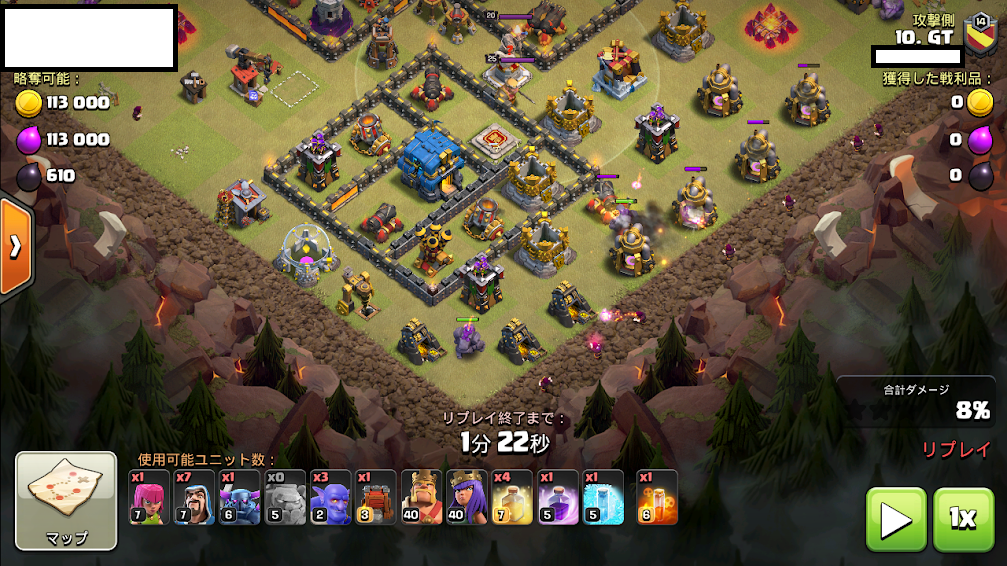 Next, 2 golems were placed in at 5 o’clock and 6 o’clock. Immediately after that, the wizards were placed behind the elixir pumps and jinshans.

After a while, the facilities around the town hall will be damaged considerably. Since it becomes a side cut, then the Town Hall rushing units will be introduced. 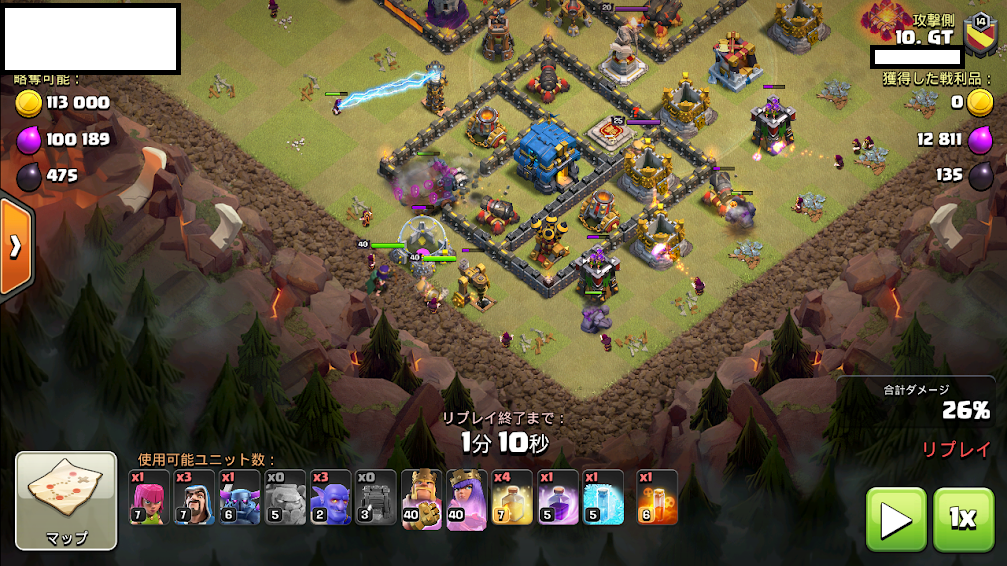 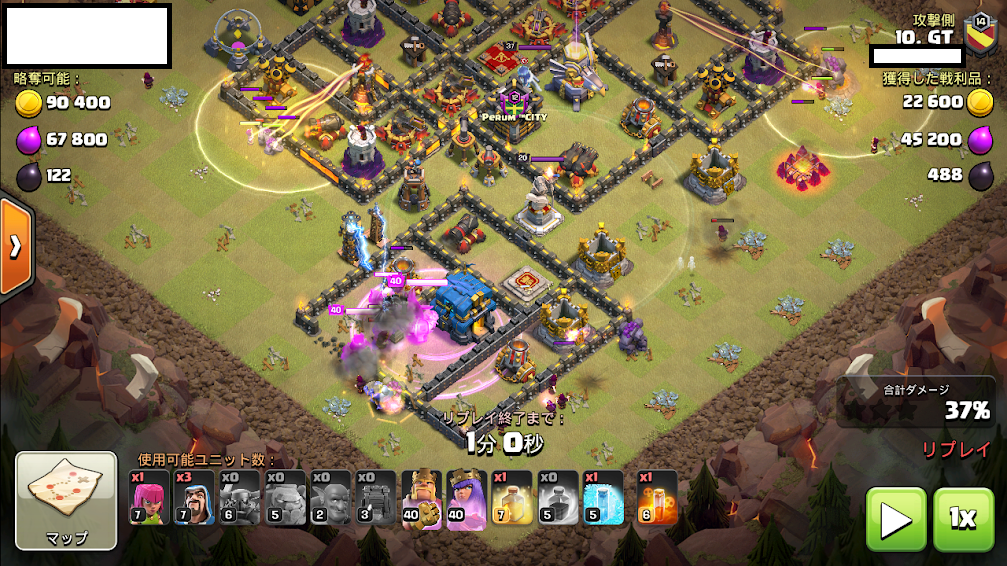 The facility outside the wall on the lower right of the town hall has also been destroyed, so the bowlers will not escape. That ’s why I introduced bowlers.

At 3 o’clock and 9 o’clock, the units were under attack from enemy defense facilities. So I dropped the heels on each. 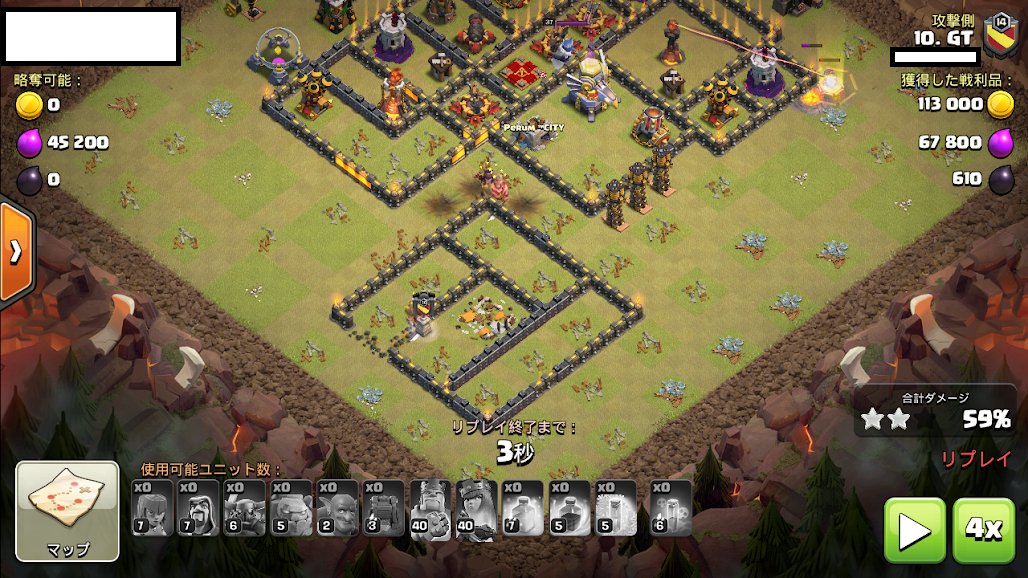 Town Hall Destruction Units continued to destroy. Since the enemy defense reinforcements came out, I used the remaining heeling and poison. The hero’s abilities (Iron Fist and Cloak) were also used to earn the destruction rate.

Continue to the following article with Attack Movies

【COC No.8 TH10】How to get 2 stars from superior TH (FAILED Version)