Hello, this is GT.

While answering these questions, I will introduce the contents of the play that was actually destroyed at first glance in the league match. 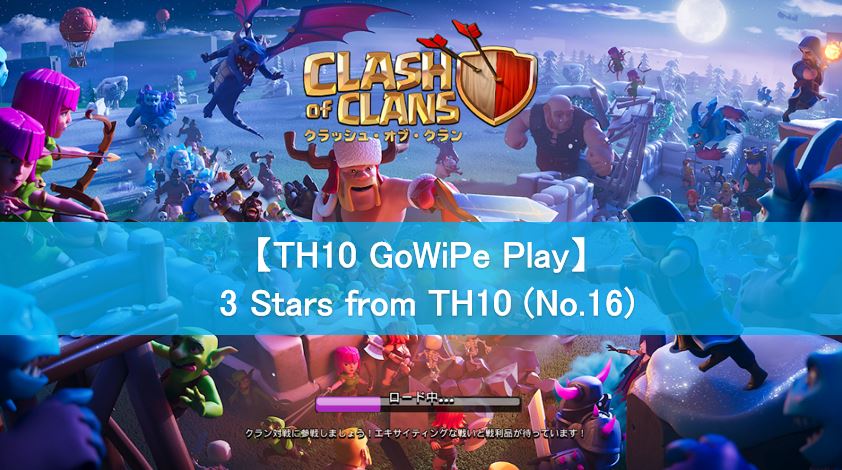 If we attack an arrangement which has many parcels separated by walls, the advance will be slower. Since the units will be killed over time, we can’t get three stars.

So what kind of arrangement is right for GoWiPe?  Circle shape is.

GoWiPe is an effective tactic for units that do not hit the wall.

Enemy placement I attacked this time is as follows.

I noted the following four features.

From these characteristics, I thought as follows.

Units organization is as follows.

＊The units in Wall Wrecker are 1 Pekka and 2 Giants.

The planned attack is as follows.

See the actual attack play in the video below.

I thought there was something better with unit organization. It would have been nice to reduce one pekka and one archer to increase a healer and a witch.

It would have been nice to have the golems spread out a bit more about where to place the units first. That would have made the funneling better.

How was my play?  Thank you.