Hello, this is GT of Gorehogu senior player.

The GT account is TH10, but since I attacked the early TH11. I will introduce it. Most of the attacks to TH11 are aimed for 2 stars. But I tried to destroy them completely this time.

The enemy defense is as follows. It is divided into two pictures, the upper half and the lower half. 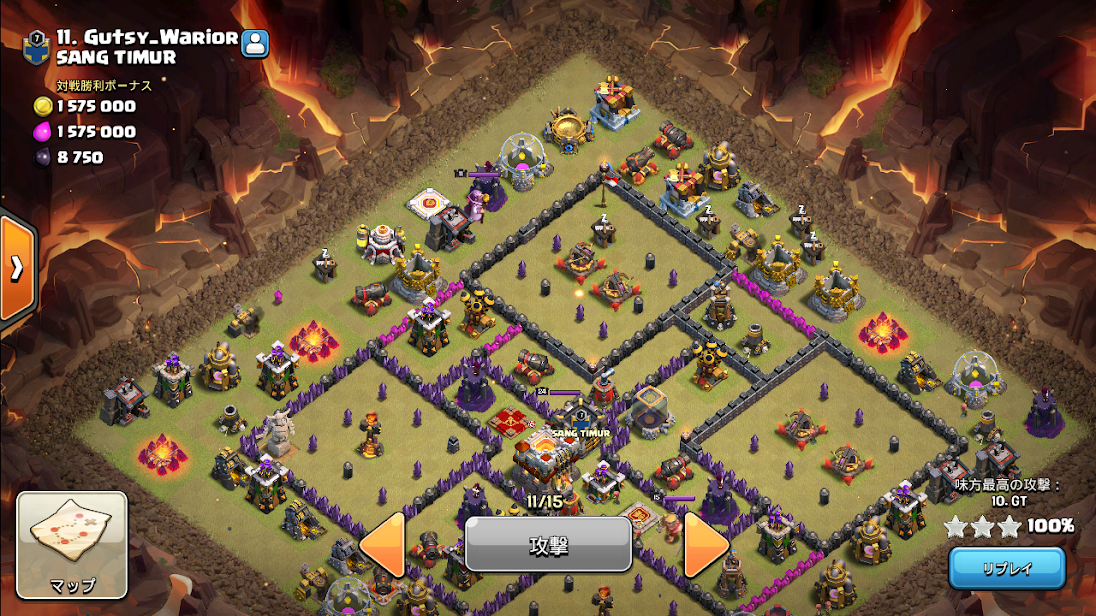 Archer Queen is coming out of town hall at 10 o’clock. Then, it is good that the entry point of Golem and Wall Wrecker is from 10 o’clock to 11 o’clock. 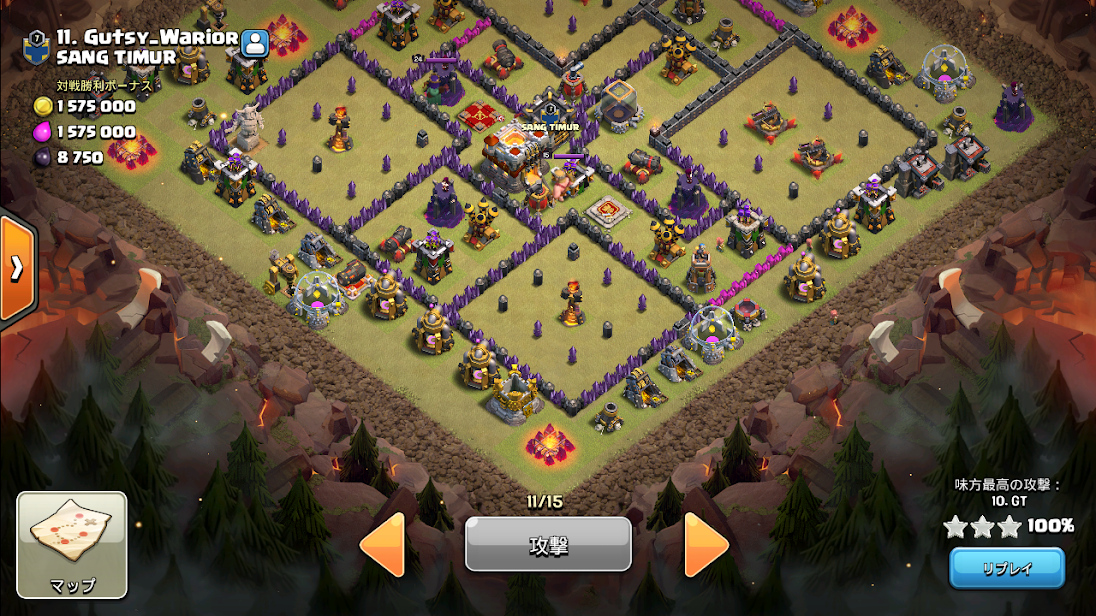 The 3 o’clock Wizard tower is outside the scope of the X-Bow. Though it has a high hit point, it can be broken with a single balloon.

Other weak points of the enemy defense

There were other places where defense was poor at 6 o’clock and 0 o’clock. Belows are pictures of the actual attack. 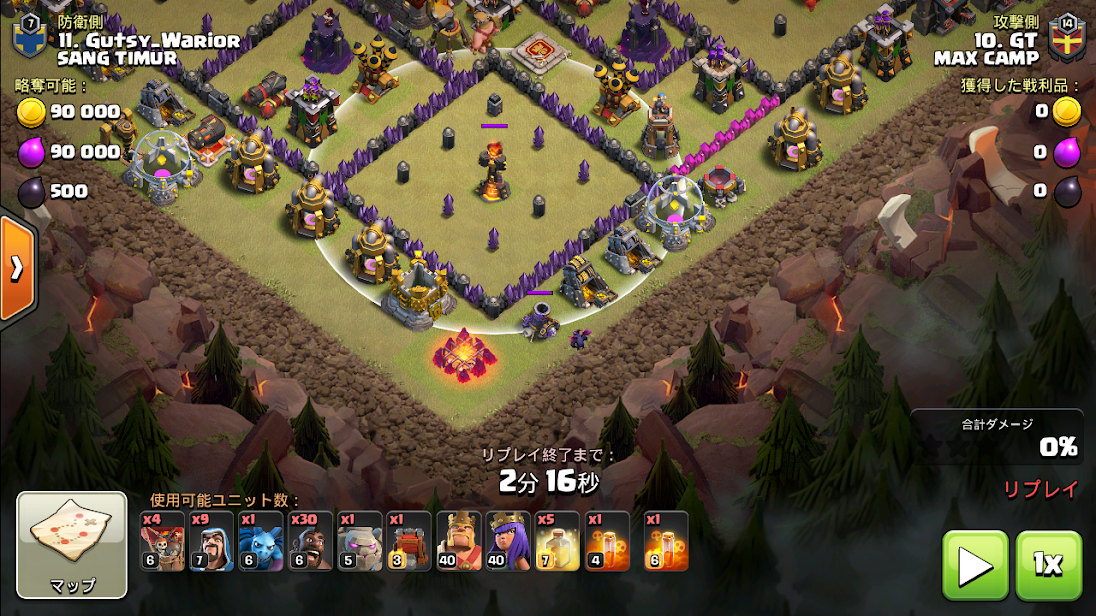 I can attack the 6:00 mortar from outside the range of the Inferno Tower. I decided to break it with a Minion. 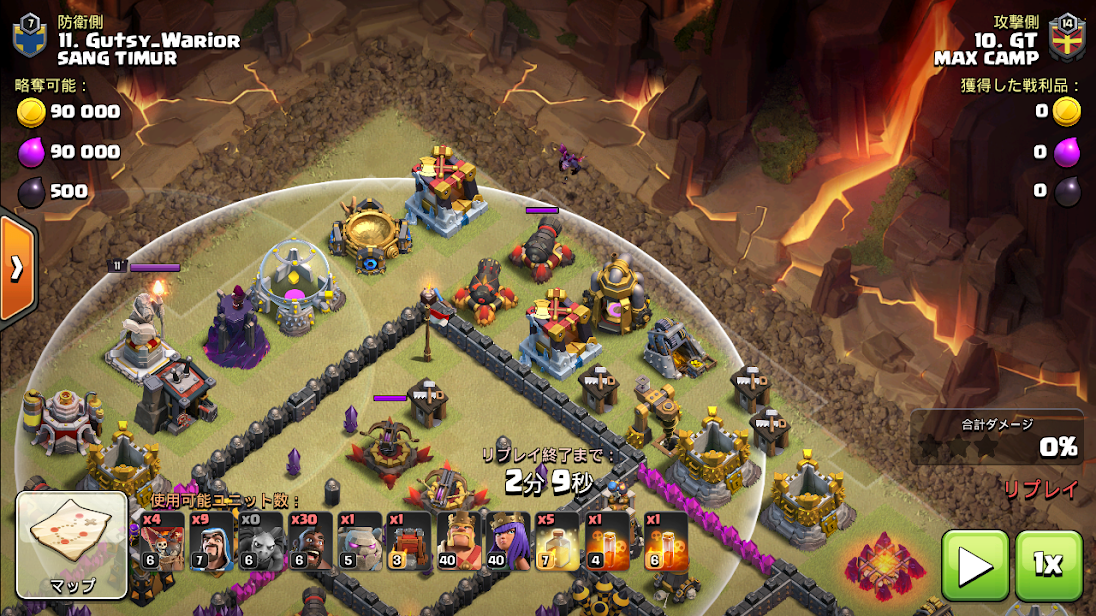 Two cannons are placed together in the 0 o’clock direction. The outer cannon can easily be broken with a Minion from outside the range of the X-Bow (although it is a cross ground setting).

Since Minion alone takes time to destroy the cannon, I decided to drop one Balloon here. 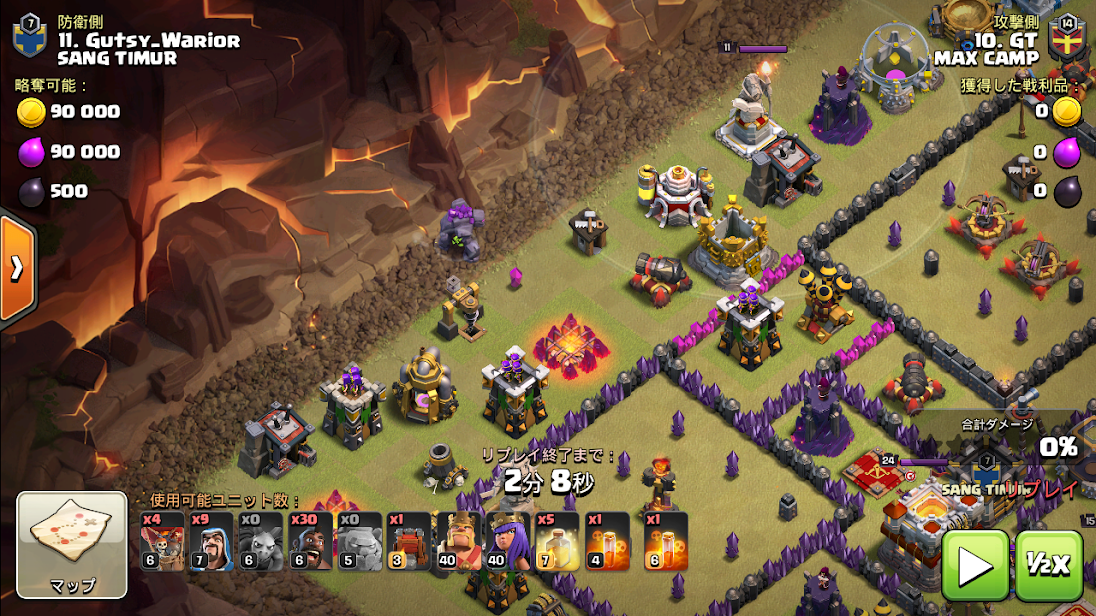 At 3 o’clock, there are 3 Archer Towers. While trying to collect a target with one golem here, I wanted to throw two balloons.

When I tried it, the golem went to the cannon. The planning was not good.

The schedule has been changed because the golem has gone wrong. Barbarian King was taken out from around 3 o’clock to make it a wall. Two wizards appeared below it.  They are side-cut personnels.

Then please see the actual attack in the video.

There are some reflections, but it has become the best play award recently. (^^)b