Hello, this is GT.

Can you take two stars from a circular arrangement? Of course it is from the upper grade. I think it’s difficult, but this time I’ve done it well, I’ll show you how I attacked it. 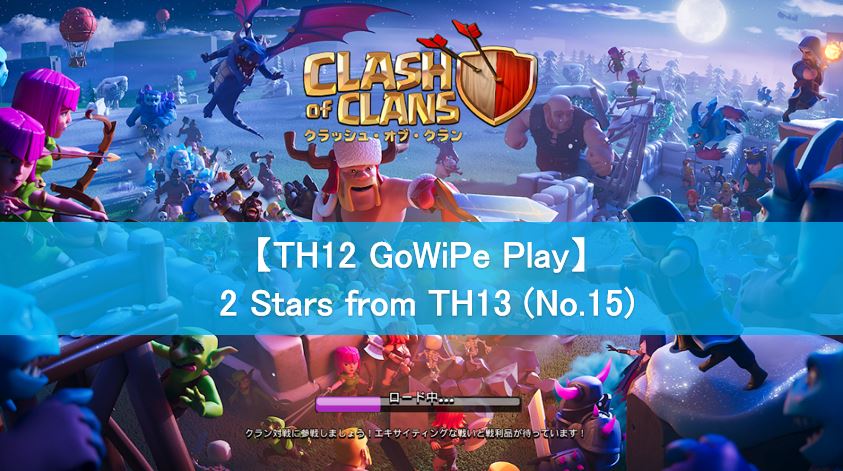 Enemy placement I attacked this time is as follows. 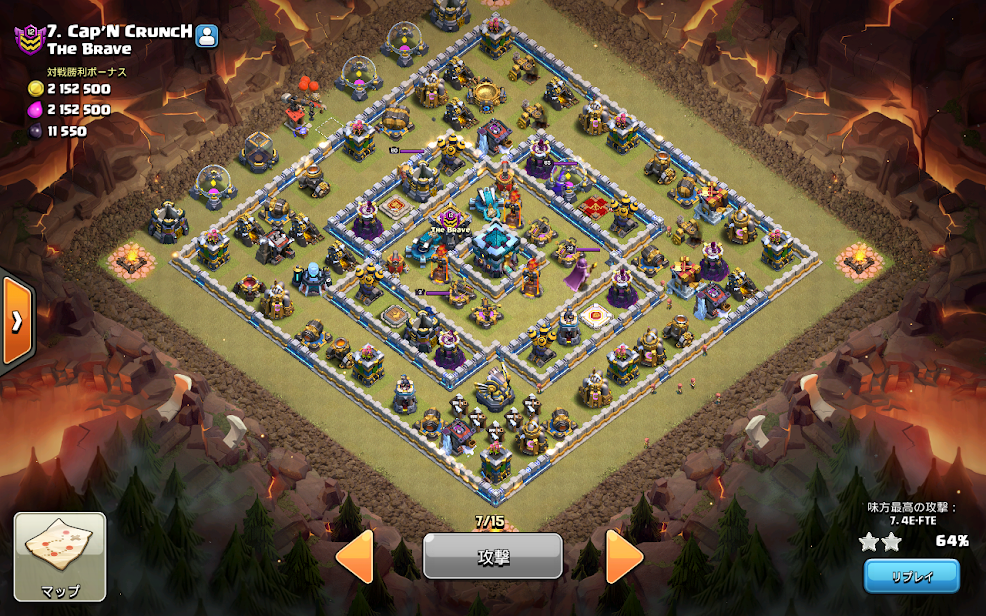 I paid attention to the following five points.

I planned from these elements and adjusted the units accordingly.

The following attack plans are based on the characteristics of the placement.

2－1．Funneling with Golems and Wizards

First, I’ll put out two golems at 6 o’clock and open the wall with wallbreakers. And let golems enter. Then I’ll put out about 4 wizards and let them destroy the area around the Eagle gun. Similarly, from 3 o’clock direction, two golems → wb → wizards will be issued.

There is no need to worry about the golems getting stuck on the wall because it is a circular arrangement. In that case, it is more efficient to have the wizards behind golems. They will not only do funneling, but also earn destruction rates.

There is no single setting for the Inferno Tower, so there is no need to worry about the high strength unit melting.

Adjusting the units left some room in the units frame. So I added two PEKKAs.

The units going to break the town hall were 1 Pekka and 2 Giants in Wall Wrecker and  three Heroes, some bowlers and a witch.

I decided to attack with the following organization.

The contents of the Wall Wrecker are 1 Pekka and 2 Giants. I think the spells can be more Rage or more Healing without freeze.

Then see the actual attack in the video below. It will be 2x speed when about 43 seconds until the end of play.

Although there are reflection points like those, it was good that I got 2 stars. Thank you.

Hello, this is GT. Isn't GoWiPe a two-star tactic? What kind o...

Hello, this is GT, a GoHo attacker. This time, I played GoHo play f...