Hello. This is GT.

In this article, I will introduce a case where AQ was unable to successfully handle reinforcements. If AQ can’t get in well, airborne reinforcements will continue to attack hogriders.

First, please see the failure edition. After that, please take a look at the successful play using reflection.

The enemy placement is as follows. 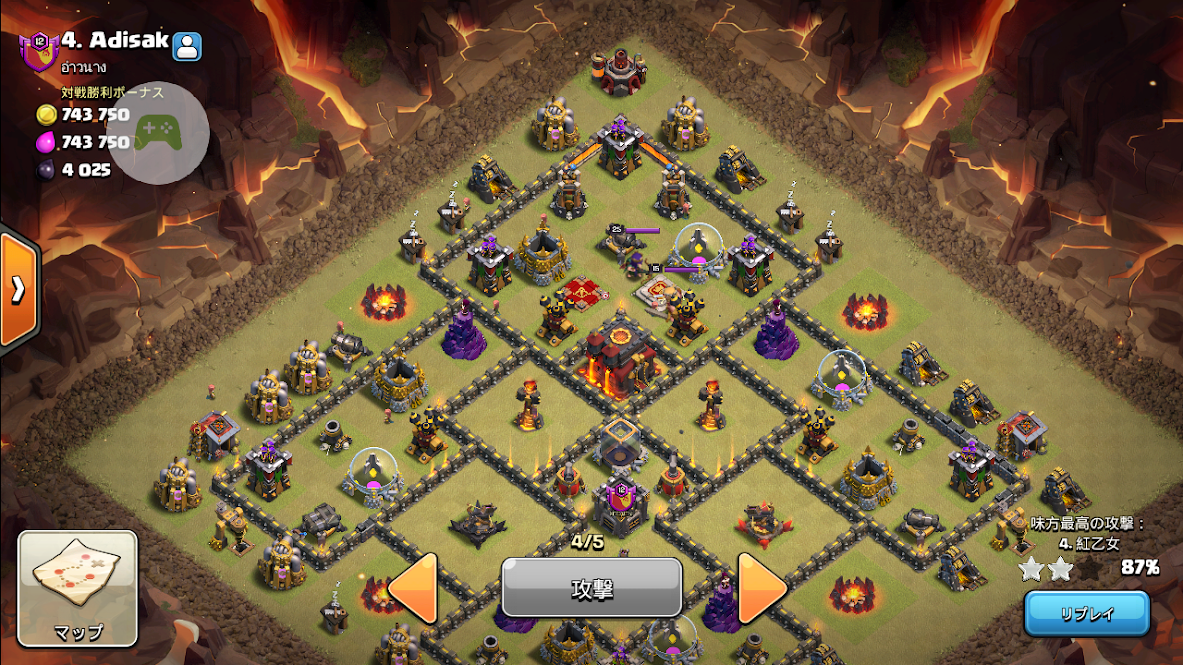 Since there was AQ above the town hall, I thought about putting the Wall Wrecker down from 0 o’clock. 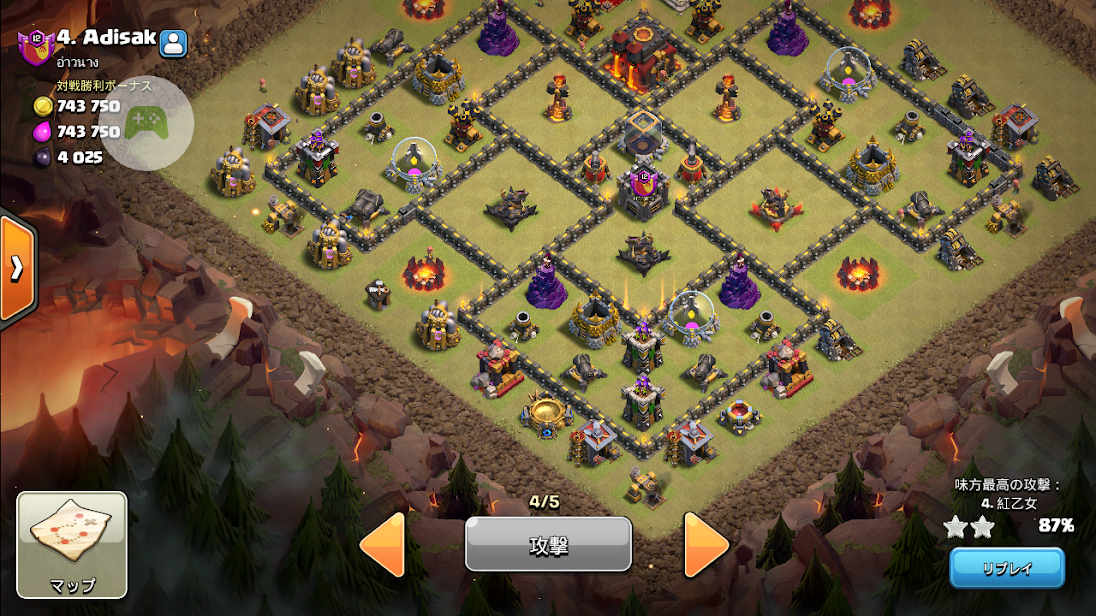 In order to squeeze reinforcements from the enemy clan castle, I thought of hogging from the bottom. This was actually useless.

First of all, I will explain how it was actually attacking. 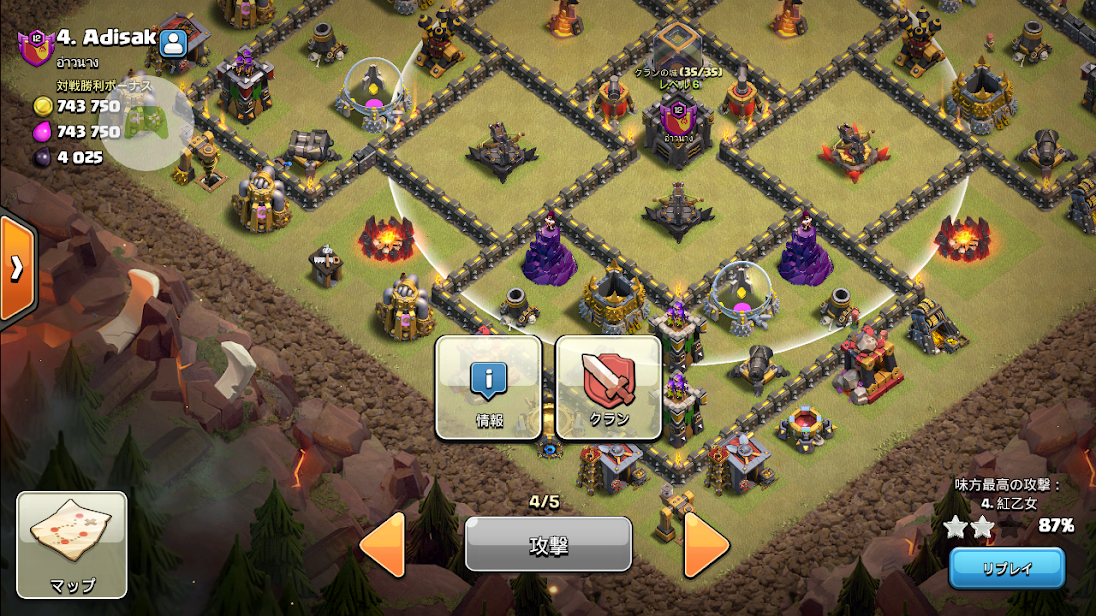 The range of Clan Castle. If I don’t break the lower right mortar, I can’t pull out reinforcements. 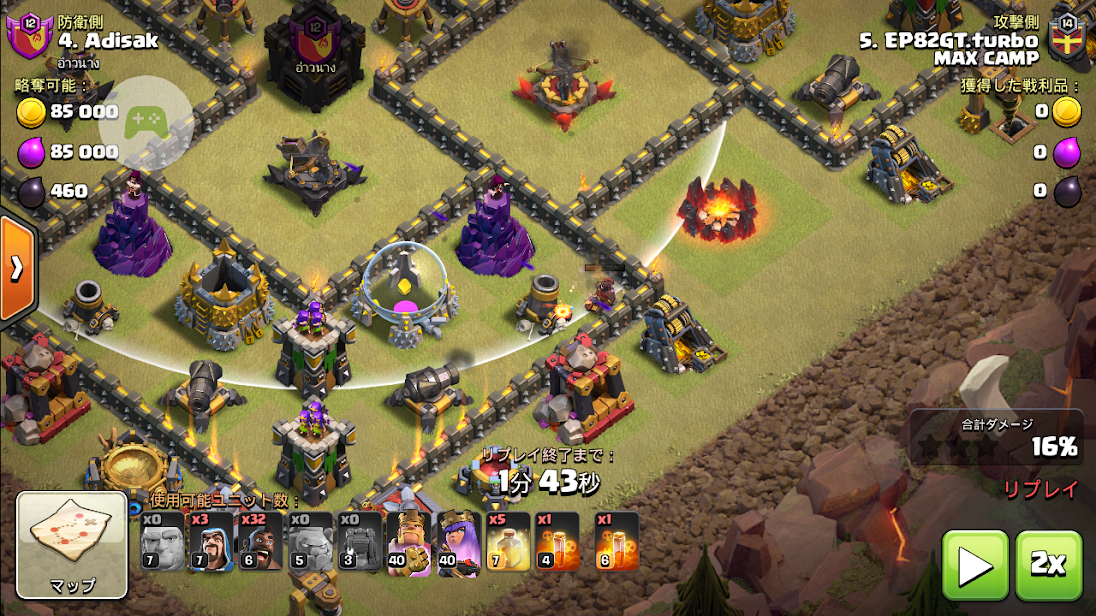 It is a figure that actually put one hogrider.  It seems that a hog must enter the range line (Enemy units will not come out if hogrider is on the line). 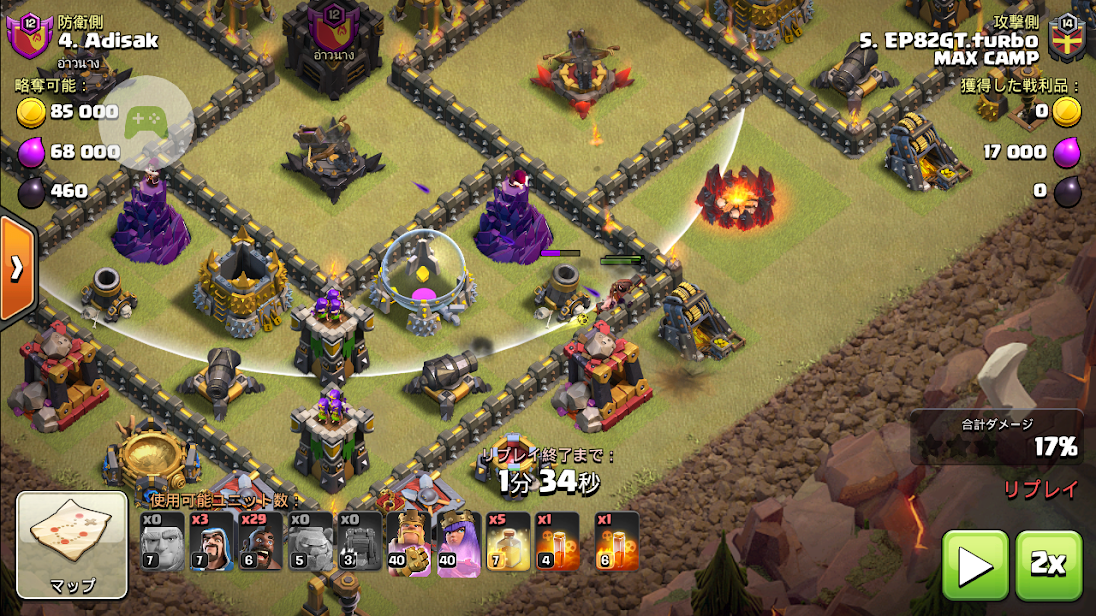 When actually attacking, three additional hogs were taken out and enemy units were pulled out. 33 hogs have been reduced to 29.

I was able to make the first funneling as planned. 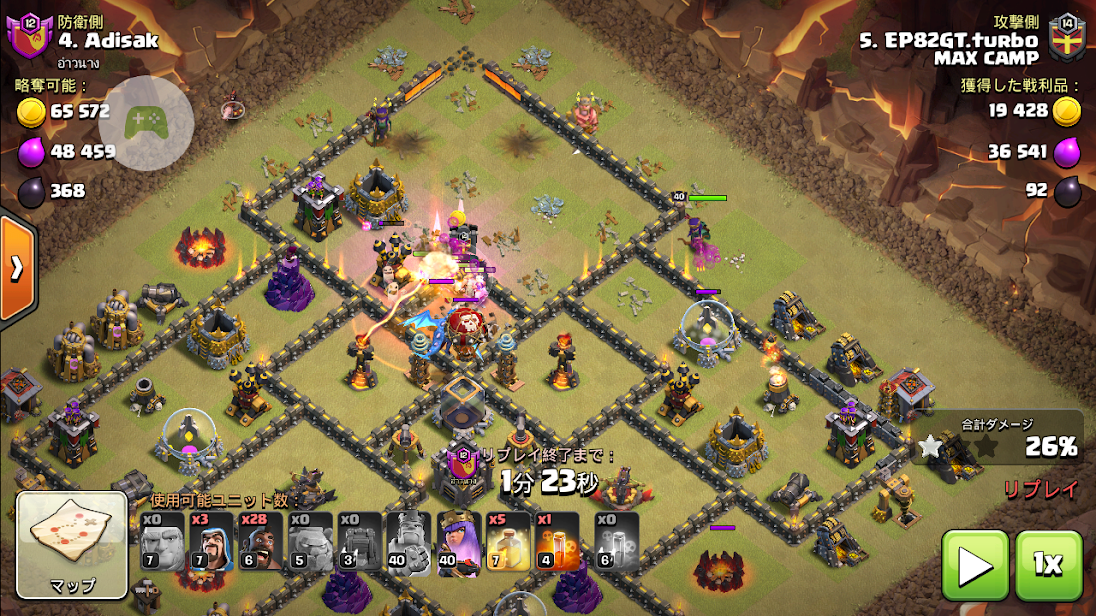 But I couldn’t get AQ inside because I took out AQ from the corner.

I thought that it would be impossible for AQ to knock down enemy units, so I put on hog riders. 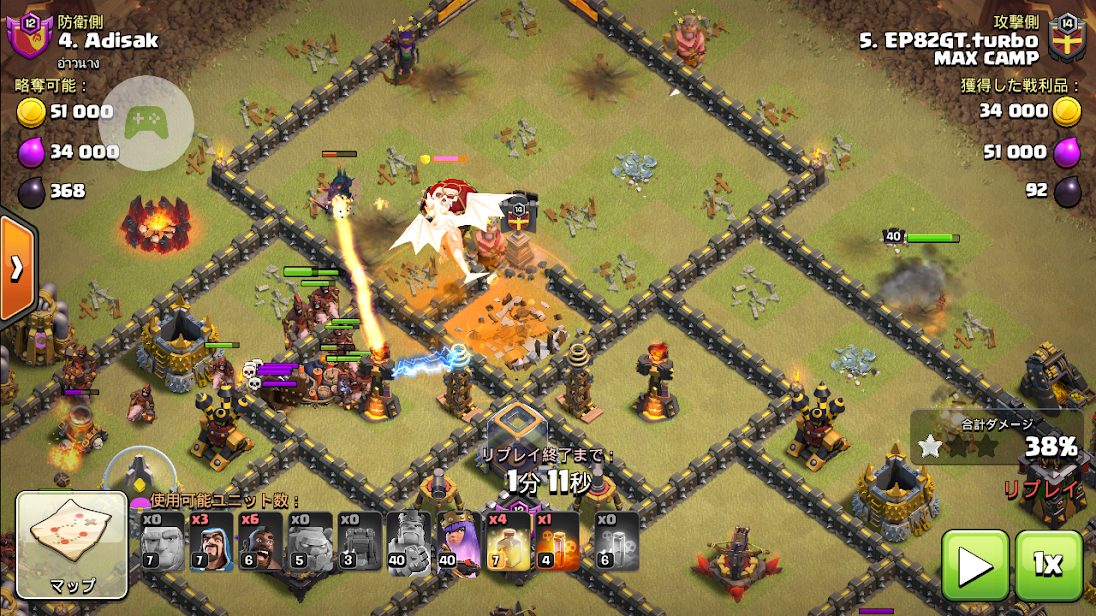 I brought 2 poisons, so I can defeat enemy units. 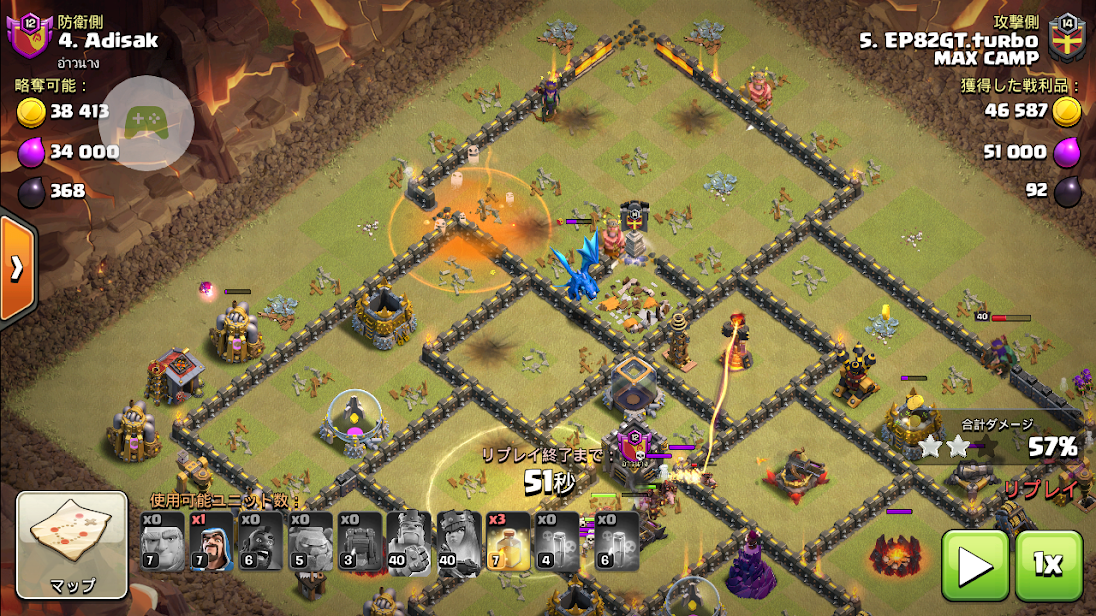 … I was going to do that, but I’ve shot in the air. Oh, no, no.And missed the complete destruction.

Then, please see the video of the actual attack.

It turns out that it is difficult to get the Achakui from the corner into the compartment.

If you want to put Achakui from the corner into the parcel, you need to make the enemy facility in the wall convex. After breaking the red circle facility as shown in the image above, if you put Achakui from 0 o’clock, AQ will enter the wall.

However, it is difficult to break into such an ideal form.

As shown in the image above, the wall usually becomes concave and breaks. AQ will inevitably deviate towards the remaining facilities.

Therefore, it is better to avoid the way of approaching AQ from such a corner. When you must do so, you must cut the outside of the wall properly so that the inside is convex.

This was a good reflection.  So I will be careful.

Enemy placement is as follows.

Both Inferno Towers around the town hall are single settings.

This time I chose to attack from 10:30, which does not require cornering. A single inferno attack will destroy the Wall Wrecker, but before that I can break the wall and reach the AQ section.

Then please see the actual situation in the video.

I should have given the giant out earlier. And the side cut wasn’t done properly yet.

How was this article? See you!

Hello, this is GT. I will introduce an GoHo attack with a PEKKA wit...

Hello. This is GT. There are play videos taken in the usual clan ba...